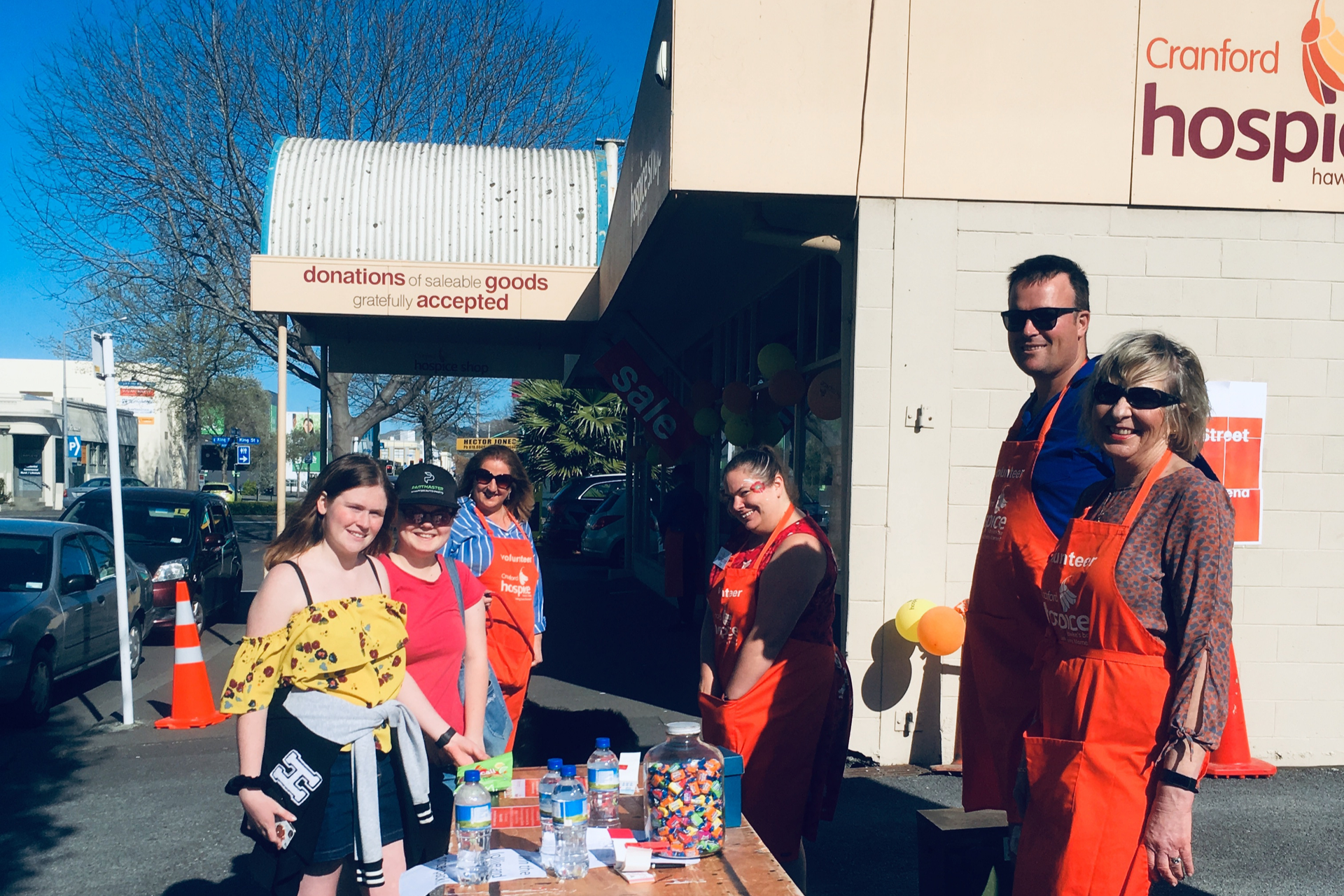 Posted at 04:00h in News, Newsfeed by Sheena Revington 0 Comments

On Saturday 37 local businesses took over the Cranford Hospice Hastings Store as part of their #Shop4Good Family Fun Day, raising a record breaking $13,305!

The new container Store was a huge hit, with one customer buying 160 items of clothing for $32. Children loved the face-painting and lucky dip prizes that were on offer, and the display of high-quality designer clothing helped remarkably with the record sales – that were up by 231% for the day.
Jo Drylie and Tim Eagle were two customers who were thrilled with winning the two raffles that supported the event.

BNI Wine Country member Terry Longley says, “We were blown away by the public who flocked through the doors to support the day. Comments about the amazing new shop layout were voiced by many, and it was truly touching to share the stories about how Cranford had helped them or their family. Above all else, we were most happy about the record fund raising and the help we were able to provide to the people who work so hard all year round.”

For the Hastings Store Manager, Kim Priest, the journey was personal as the event marked 5 years since her father-in-law died in the care of Cranford Hospice. “Being able to take part and make some kind of difference is such a privilege, and working shoulder-to-shoulder with members of the BNI community was an amazing experience.

“Shoppers loved that our local businesses were doing something so good for our community. The BNI Chapter members work really hard throughout the year to raise funds for Cranford, and for that we’re so grateful.”

This #Shop4Good event highlighted how shoppers can get twice the benefit by shopping at our Cranford Hospice stores – you can buy quality items without the environmental price-tag, as well as helping support people who are cared for and supported by Cranford.

On any given day, Cranford Hospice touches the lives of more than 200 Hawke’s Bay husbands and wives, sons and daughters, friends, whānau, neighbours and colleagues.

For the community, it’s likely that someone close to them has benefited from one of the almost 24,000 personal contacts the team makes each year, by phone, in the home, or within its inpatient unit.

Every year Cranford Hospice needs to fundraise more than $3 million from the community, and its retail stores and our Hawke’s Bay community play an important role in this.

To check out the photos from the day, take a look at our Facebook Page.