19 Sep News: A new chapter for our Board 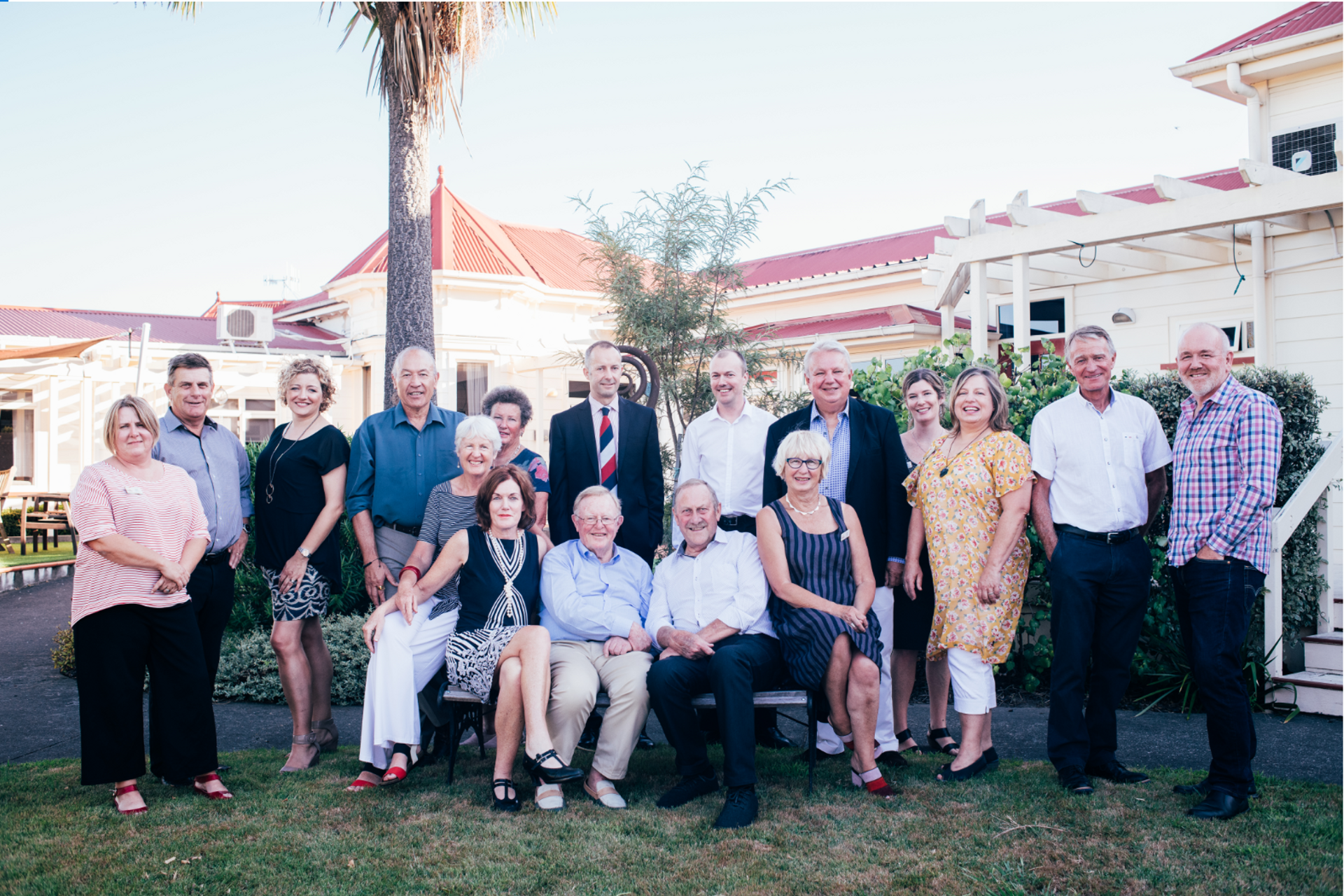 19 Sep News: A new chapter for our Board

Acting Chair for the Cranford Hospice Trust, Frane Rosandich, announced today the resignation of Board Chair Hayley Anderson and Board Members Lindsay Knowles and Roydon Day. He also welcomed three new appointments to the Board, Garth Cowie, Helen Walker QSM and Pat Turley.

“Hayley joined Cranford Hospice in 2010 and will be sorely missed at a governance level. She has taken the opportunity to join the staff and work with the operational team. Hayley will be working with the Leadership Team and others to assist with our important patient safety and quality work.” Says Rosandich.

“Hayley, Lindsay and Roydon were all members of the governing board that successful transitioned Cranford Hospice from being part of Presbyterian Support East Coast, through to becoming an independent organisation, The Cranford Hospice Trust.

Rosandich goes on to say, “We acknowledge the leadership, commitment and support that Hayley, Lindsay and Roydon provided to Cranford Hospice over the years, and we are honoured to consider them all as part of our whanau.”

The three new Board members welcomed to the Cranford Hospice Trust are Garth Cowie, Helen Walker QSM and Pat Turley.

Garth Cowie’s early career was with the Government Audit Office in Invercargill, before accepting a role at the Southland Harbour Board in Bluff. Following twenty years at the Port, the last five as CEO of South Port New Zealand Ltd, Garth accepted the position as CEO of the Port of Napier Ltd in 1999. Recently retired following 18 successful years at Napier Port, Garth has moved into a variety of other consultancy work in transport and infrastructure, as well as other Governance roles. These include Chairing the Hawkes Bay Joint Governance Group on Safe Drinking Water along with its Working Group, and the Hastings District Council’s 3 Waters Improvement Committee. Garth was recently made a Fellow of the Chartered Accountants Australia and New Zealand, recognising his contribution and service to the accounting profession over many years.

Rurally based, Helen Walker QSM has held governance positions for a range of community-based and National organisations. These include NZ School Trustees Association, Past President of Waipawa Musical and Dramatic Club, with her passion being Musical Director of operas and musical theatre. Helen is also Chairman of the New Zealand Singing School Trust, a Trustee of Connecting for Youth Employment, Chairman of the Central Ethics Committee, Board Member and Past Chairman of the Medical Sciences Council and with her husband runs a successful farming operation in Central Hawkes Bay. Helen has been a Director of Unison Networks, a Kaitiaki/Guardian of the Turnbull Library, Director of Health Hawkes Bay, Director of the Hawkes Bay District Health Board and Chairman of the Central Hawkes Bay Consumers’ Power Trust. Helen has a BSc (Massey) majoring in physiology and is a Chartered Member of the Institute of Directors New Zealand.

Pat Turley created Turley & Co with his wife Sue in 1998, a commercial and specialised property valuation and strategy practice working NZ-wide. Pat works with major organisation executive manager clients, including property advisory for boards. In 2012 for Presbyterian Support East Coast, he completed a Cranford Hospice Strategic Property Plan pointing to a relocation for the inpatient unit. Pat has been a volunteer trust board member for the Maraetōtara Tree Trust river restoration project since 2009, and Chair since 2014. Pat has a BBS majoring in valuation later gaining professional qualifications including Registered Valuer.’